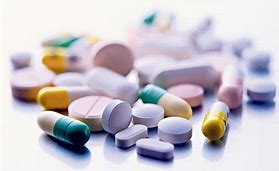 It is being touted as the new “super drug”, a true breakthrough in the treatment of Treatment Resistant Depression. It has just been approved for use and is the talk of the mental health community. It was discovered in 1962, first used on humans in 1964, and was approved for use in the United States in 1970. It was and is used extensively for surgical anaesthesia and acute pain management, and is also used in the veterinary field for the use of sedation in animals, however, because of its high and dissociative effects; this drug has been popular on the party scene for decades. It is a close relative of the drug PCP, and its effects are stronger than both cocaine and speed, raising the risk for accidental overdose. The drug I am referring to is Ketamine, also known as Special K, or as big pharma is calling it Esketamine, branded as Spravato.

It was first identified as having antidepressant potential in the late 1990’s and since then studies have shown tremendous results in helping relieve the symptoms of depression. At low dose levels, Ketamine infusion therapy has been proven to redevelop the neural pathways in your brain that have been damaged by debilitating mental health or chronic pain conditions.  Unlike typical antidepressants which take up to six weeks, sometimes more, to take effect, ketamine can start to relieve depressive symptoms in as little as four hours. It requires initial treatment of four to six sessions, and ongoing maintenance treatments once stabilized, and because of the physiologic change it causes, many patients can feel improvement in as little as one or two treatments.

Treatments are administered in a clinical or hospital setting, and patients monitored for two hours afterwards to check for potential side effects and at no point would a patient be sent home with Ketamine to administer to oneself, which helps to minimize the risk of addiction. Common side effects include disorientation and confusion because of the drug’s anaesthetic nature, drowsiness, increased heart rate and blood pressure, and nausea, which are no worse than those I have experienced from SSRI’s and both typical and atypical antidepressants.

It sounds promising doesn’t it? For someone like myself who has been dealing with depression for nearly 40 years, and tried a dozen different medications, it provided me with a sense of hope and the possibility that something could finally lift this cloud of darkness that has overshadowed every aspect of my life for decades. I have researched, read and studied up on all the information I could soak in about this new drug and despite my fear and hesitation, I decided that should it become readily available, I would be willing to take the risk and try this new treatment. After trying so many medications, all of which failed and some which made me worse, this could be the one thing that might actually help me and the thought of being able to live a life, for me, far outweighs the risks.

For the first time in ages, I was optimistic about the possibility of feeling even a bit better, however this optimism was quashed by the absolutely ridiculous, eye gouging price big pharma is selling this drug for. To be clear, as a party drug, a Ketamine pill costs somewhere in the range of $20 – $25, and will last you at least six hours, especially if it is crushed and either snorted or injected. In the pharmaceutical and developing world, the wholesale cost is between US $0.84 and US $3.22 per vial, which even with the incredibly large price hike, would still be considered an affordable source of treatment. This, however, is not the case at all.

The average Ketamine Infusion or nasal spray treatment cost for depression is US $500 per session, and as I mentioned earlier, you will need on average four to six sessions to start, and realistically, who knows how many you will need to maintain. So basically, if you do not have $5000 lying around, you can count yourself out for this type of treatment anytime soon, which infuriates me. Money should not be the deciding factor on whether or not your brain becomes healthy, especially when the profit range of big pharmaceutical companies is in the billions of dollars, yearly. Yes, there may come a time when it is common enough to be accepted as a form of treatment by the insurance industry, but I do not foresee that in the near future.

So once again, the world spins for rich people while the rest of us are stuck in ruts, and never ending holes of darkness. The inaccessibility for the average person to receive proper mental health care is astounding. What little hope I held, was ripped out of my hands by the sight of a mere dollar sign and the thought of my life improving dashed before my eyes as the darkness swooped back in with a smile.

2 thoughts on “A Miracle Drug for Depression?”